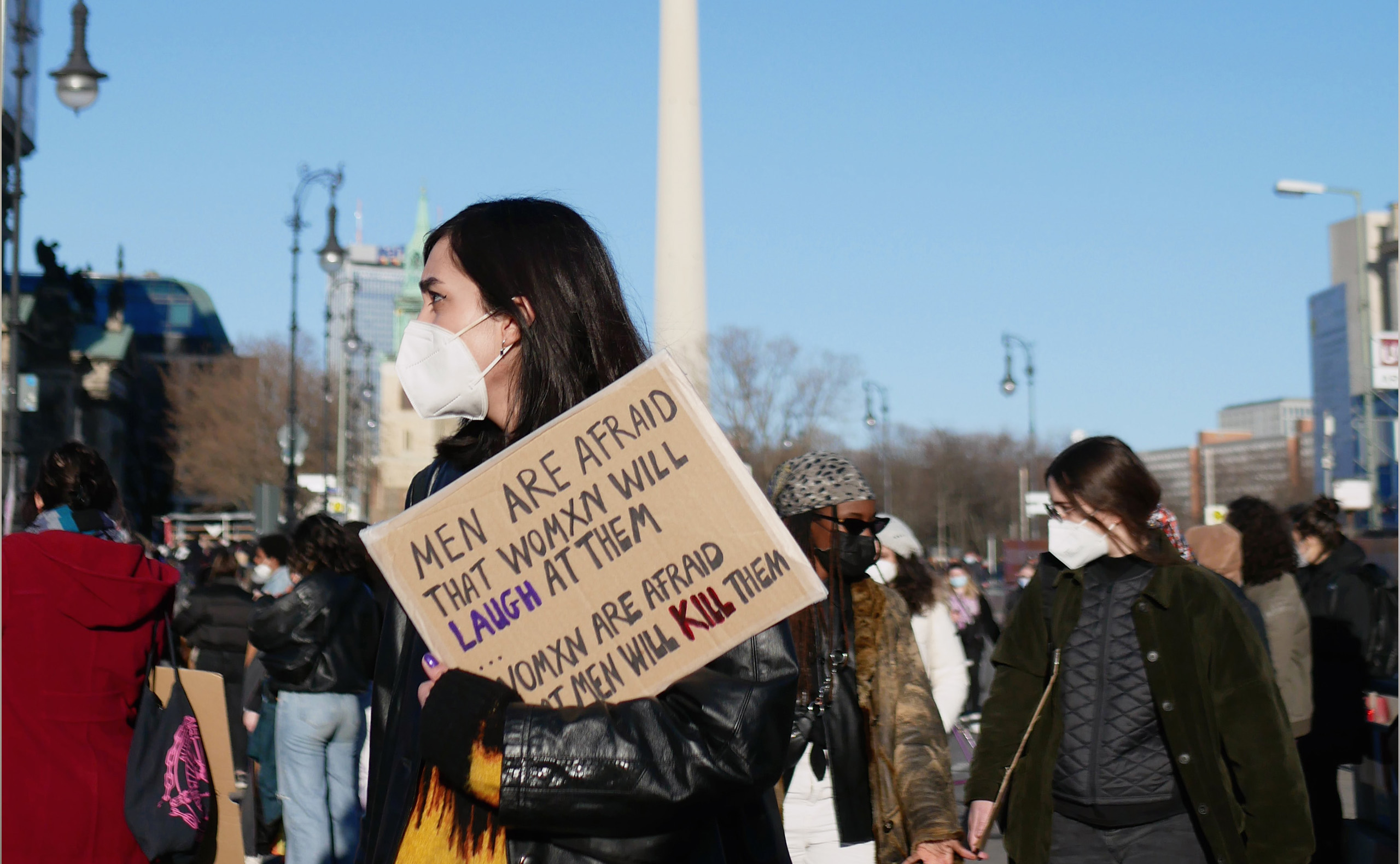 Why There Is No Such Thing and There Never Will Be

Months ago, I wrote an article about my dismay at finding so many articles on the men’s perspective of #MeToo that use very specific misogynistic language. These tearful and frustrated essays varied by topic, often about whether they think #MeToo is fair, how it’s affected their lives and dating habits, if they’re scared “it’s all gone too far.”

All of them sought to remind readers that women are mysterious, terrifying creatures who need to be controlled, as we will never be understood.

These articles seem to have finally started to disappear only to be replaced with a fresh delusion — a plethora of articles on “toxic femininity.” I haven’t been able to go online to my usual haunts these days without being force-fed this concept.

Let’s get something out of the way. First of all, there’s no such thing as toxic femininity. Toxic femininity is Santa Claus, it’s the Easter Bunny, it’s “proof” that one person’s god is right and others are wrong. It does not exist. Period.

Why is there no such thing as toxic femininity? Because we live in a patriarchy. It’s as simple as that.

It’s the same for any oppressed group. A black person can be a bigot, can be mean, can be an asshole (Steve Harvey’s recent tirade against Asian men comes to mind). But they can’t be racist. Why? Because we live in a white supremacist society. Can one black person oppress one white person? Yes. Can “black people” as a group oppress “white people” as a group? No.

So, what is the patriarchy and what is toxic masculinity?

What the Patriarchy Is and What Toxic Masculinity Is

A patriarchy is a specific way to organize society. It is defined as a family, community, or society based on government by men, and the cultural ideas relating to this specific social organization. Western culture has been run exclusively by white men for hundreds of years, supporting each other whatever their deeds in order to maintain the societal organization at all costs.

Toxic masculinity refers to stereotypically masculine personality traits and actions, run amok. Toxic masculinity seeks to control the range of emotions, personalities, and actions, that are allowable for a subject, based on the subject’s birth gender. The idea that men are tough and strong, women are weak and sweet, and that only men should hold difficult, important, or complex jobs (or any at all) is toxic masculinity. As is the concept that boys shouldn’t cry.

There are far too many individual concepts that are part of toxic masculinity and the patriarchy to possibly name them all, but valuing power, wealth, genetics, and ferocity, while devaluing compassion, kindness, compromise, and even intelligence and common sense, are hallmarks of patriarchies. Winning is the goal — at all costs. Toxic masculinity is the guy across the street right this very moment screaming at a woman and slamming his car doors because he knows everyone is afraid of him and he can get away with it.

What the Patriarchy is Not and Toxic Masculinity is Not

Holding individual men responsible for everything that has ever happened. Toxic masculinity is a societal problem; it does not mean every man is toxic.

Toxic masculinity is not an individual attribute, it’s what happens when male attributes are allowed to run amok in society, to the exclusion feminine attributes. It is the natural result of imbalance. We live in a “yang” society that dismisses “yin” as silly and unimportant. That society is destined for trouble and if the trouble is not corrected, it’s destined to fall apart. Trying to achieve balance or “right the ship” so to speak can feel like discrimination to those who have come to count on toxic masculinity for everything from their livelihood to their sense of self. When one has had a centuries-long unfair advantage, equality feels like discrimination, and we’re dealing with that as a society right now.

What About All Those Chicks Who Treat Other Women Badly, That’s Not Toxic Femininity?

Many of the negative female attributes that are often cited as being parts of “toxic femininity” are actually part of toxic masculinity. Women who use their looks to get ahead? “Sleep their way to the top”? Stab each other in the back for money, jobs, men, etc? All of that is part of the mythos that women are not as smart, capable, or tough as men, and cannot compete unless they cheat. Many women sadly believe this. That is pure, 100%, toxic masculinity, as is the concept that women are only worth what they look like. In truth, there is nothing weak or false about femininity. We are allowing a corrupted, incorrect definition to define who we are.